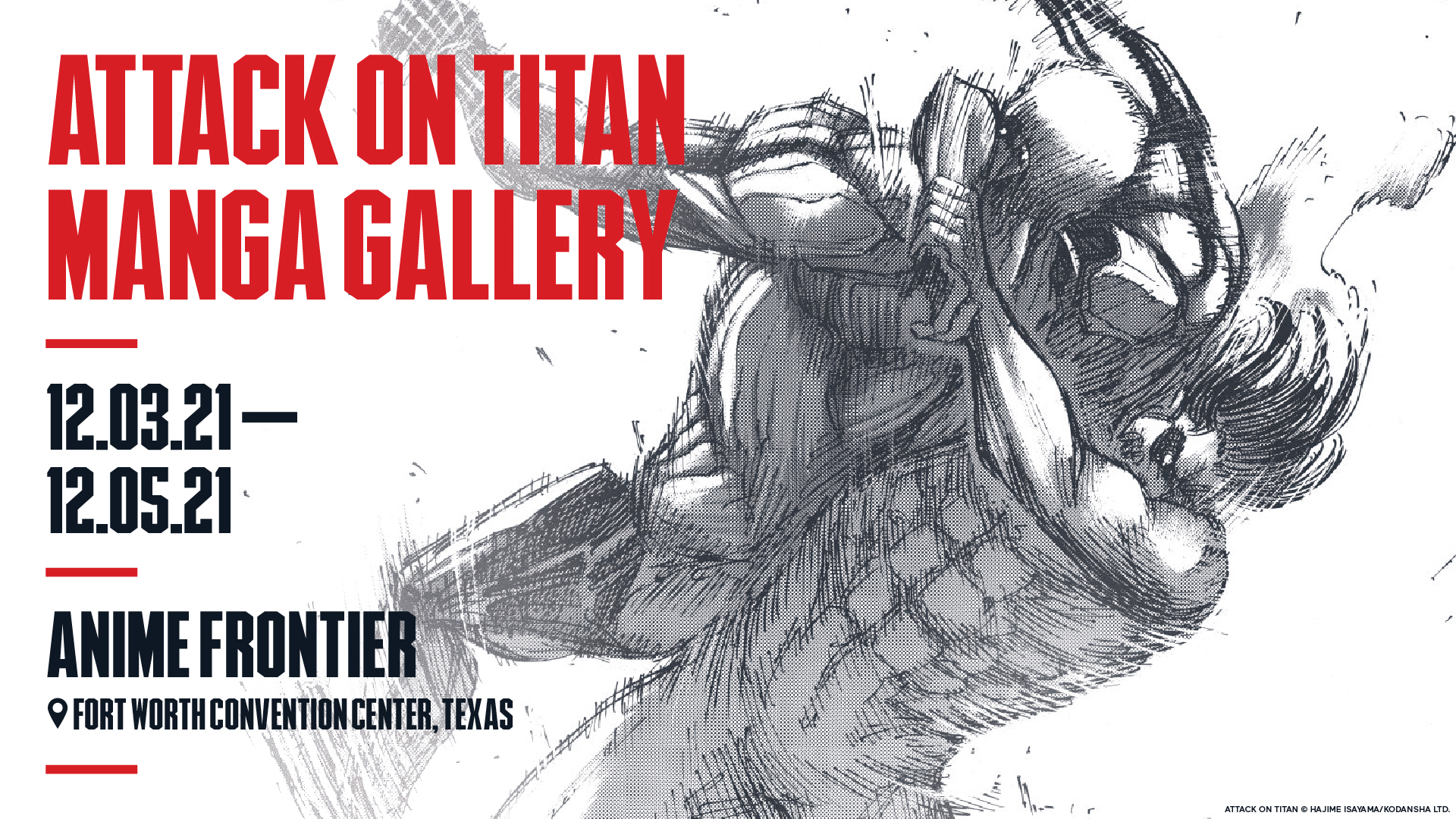 We’re thrilled to welcome Kodansha to Anime Frontier, and they’re coming in colossal fashion with an official Attack on Titan Manga Gallery! To celebrate the conclusion of the most devastating shonen manga of the decade, this massive exhibition will showcase the evolution of the art of series creator Hajime Isayama and also feature messages from fans who have supported the series over the past 11 years with a special message board.

ABOUT ATTACK ON TITAN
Attack on Titan is the award-winning and New York Times-bestselling series created by Hajime Isayama. First published in Bessatsu Shonen Magazine in 2009, this series was a sleeper hit until it won the Kodansha Manga Award in 2011 for the shonen category. Since then the manga has spawned the monster hit anime TV series of the same name making Attack on Titan a pop culture sensation. The anime is currently in its final season and can be streamed via Crunchyroll and Funimation. New episodes of the final season arrive in January 2022.